This is the idea of “openness” which shows up now in almost every quarter of society. You cannot believe strongly in anything. There is no such thing as universal truth, only your own personal “meaning” which may or may not be the same for another. Transcendent purpose is seen as only negative as it leads to the oppression of others.

I wanted to get some thoughts written down about Return of the Strong Gods by R. R. Reno. I just finished it a few minutes ago, and I found it to be one of the more profound books I have read on modern politics. Generally I don’t want to use the church blog to write about my own political thoughts, but I do think that some of the ideas in this book are pertinent to the life of the church. Reno does come at things from a partially religious point of view as both a Catholic and editor of First Things magazine.

Reno’s basic thesis is that “the post war (World War 2) era saw a shift in our metaphysical dreams to openness and a lightness of being in response to the decades of catastrophe in the first half of the twentieth century.” To explain a bit more, following two world wars there were those who were trying to figure out how to prevent such a thing from happening again. Many attributed the rise of Nazism, for instance, to what Reno calls the “strong gods” which are the primary objects of man’s loves that unite them. This could be a something like Truth, or a love of Country. Because of the horrors of the war it was thought that if we removed the “strong gods”, any of these deep loves that unites passions and loyalties, then we can forestall the rise of anything like Nazism again. This ideal came from many different voices but as Reno says, “it is characterized by a fundamental judgment: whatever is strong – strong loves and strong truths – leads to oppression, while liberty and prosperity require the reign of weak loves and weak truths.”

This is the idea of “openness” which shows up now in almost every quarter of society. You cannot believe strongly in anything. There is no such thing as universal truth, only your own personal “meaning” which may or may not be the same for another. Transcendent purpose is seen as only negative as it leads to the oppression of others. Reno traces this thought through politics, immigration, globalism, psychology and much more. We can obviously see it in how people have thought of religion. Even from Evangelical, Bible-Believing pulpits, preachers try to hedge what they say and not state things too bluntly. This is the mentality of openness that Reno makes sense of as a cultural force that has been at work for 70 years.

The book has its flaws. Reno’s ideas for how to fix things really leave something to be desired, and even at times sound as though they are coming from the same “open” or “weak” point of view that he critiques throughout the book. This is something he himself acknowledges in the acknowledgments. However this was still an incredibly helpful work. There are some books that give you a new category of thought by which you can understand the world a little bit deeper, and I found that true of this book. It points to the reality that men are looking for something transcendent and true. Weakened loyalties for the sake of peace can only last so long. We are still God’s creatures in a world that He made. We can mar that reality, suppress it for a time, but cannot escape it. Reno interestingly shows that the roots of the political turmoil that we currently find ourselves in is ultimately a result of this rootlessness. The deconstruction of the West, especially for our purposes the deconstruction of Christianity is currently being reacted to. We do not know how that will end, it is not guaranteed to end well, but it does provide the Church with an opportunity. We have the Truth. We know the Way. Through Christ we have been given access to the transcendent God and those who are restless in their hearts without him need someone to make him known to them.

This post is part of a series I’m creatively calling ‘Reading Reflections’ where I reflect on the things I have been reading. Feel free to reach out if you are interested in talking more. If you are a member of the church and are interested in reading the book(s) mentioned, you would be more than welcome to borrow it if someone else hasn’t beat you to it.

These multiple posts will be aggregated under “Recommended Reading” 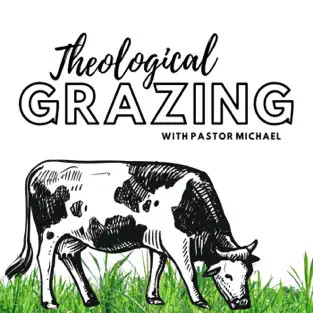 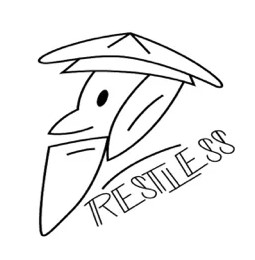